Off the top, I need to clear the air a little on one question I see in various WDW forums around the net: Will it be crowded when I go?

You’re off to the #1 tourist destination in the world, there will be other people there when you get there. How many people will depend on the season you go, but even in the least crowded time of year, there’s a bunch o’folks at Disney.

The Unofficial Guide has a nice crowd calendar that they keep up to date for a continual calendar year if you’re a subscriber. If you’re not, I think you get the next 30 days. That’s good for specific days, and they’re pretty accurate for the most part.

For broad generalizations, crowd levels are as follows:

Overall, if the kids are in school, the crowd levels are usually lower. Summer vacation, even though its surface of the sun hot in central Florida that time of year, still has high crowd levels because of summer vacation. If you can go while school is in session, you’ll see lower crowd levels.

Planning to See The Mouse: Where to Stay

Assuming you don’t live in the greater Orlando area, you’re going to have to pick a place to stay. There are on-site Disney resorts, off-site resorts, vacation homes, and time shares in the area. What’s the best choice for you can get out of hand in a hurry. Here’s what we usually do…

We’re DVC members, so this decision is pretty easy for us for the most part. However, when we extend a stay by a day or two, we need to stay outside of our chosen DVC resort. What determines on-site v. off-site are a couple of things: Price and distance from the parks.

Price is the first one. You’re already dropping a good chunk on a trip to Disney, why spend more on a place “just to sleep?” Off-site hotels can be cheaper at face value. However, you’re going to have to pay for parking ($12 a day). You’ll also be further away from the fun, which you’ll have to determine what your travel time is worth.

Disney’s Value resorts can have discounts which gets them under $70 a night…if you find a good $40 deal off-site but have a 20 minute drive every morning and a $12 parking fee greeting you, maybe it’s not that big of a bargain.

Another perk of the on-site hotels are that they participate in Extra Magic Hours. This allows Disney Resort guests to stay in the parks longer or arrive earlier on certain days for each park.

However the biggest perk of staying on-site is all the Disney transportation at your disposal. They’ll bring you in from the airport, then they’ll move you all over the resort by bus, boat, or monorail. We’ve driven from Ohio to Disney, parked the car, and not gotten back in it until it was time to drive back to Ohio.

Which Level of Disney Resort

We’re going to go ahead and settle on a Disney resort, which we usually do, but which one? Deluxe? Moderate? Value? Tough choices…again!

They break down pretty easily, though. The closer you are to the parks and the more space you have in the room, the higher up the chart you go. Value resorts are typically the furthest from the parks, though the Pop Century isn’t too far from Epcot or the Studios. The moderates are a bit closer, though still a decent bus ride away, and the deluxe resorts can be walking distance from the action.

So, what’s our choice? As noted before, we’re DVC members, and the Boardwalk is our home resort…and it’s our favorite. The location is great, steps from the back door of Epcot and an easy trip to the Studios. The boardwalk area at night is great, and though the pool isn’t quite what they have across Crescent Lake at the Beach and Yacht Clubs, it does quite well.

The resort choice is never an easy one, even after you’ve stayed at a few of them.

What a Good Friday

April 10th was a great day for Brendan and I. After thinking about it a little bit, it should be a good day for us...it's three days after his birthday and three days before mine. This year, April 10th happened to fall on Good Friday.

Brendan was set for his first day home by himself. Wendy and Alex were gone, I was on my way to work. About a mile away from home I thought that I had no real reason to head into to work, so I called my boss, he agreed, and I did a U-Turn just past 270 and headed back home.

Once home, the fun started. We took a gift card I had, some of Brendan's birthday money and went to Meijer's to get some Legos. Not just any Legos, Star Wars Legos! What we ended up with?

The Republic Attack Shuttle, which was Brendan's pick. It was a bit out of his price range, but we shared it on the condition that he would trade the Lego kit that was in his price range to me. What was that one?

That's right, Darth Vader's TIE Fighter! I was Ok with the downgrade in value on my end because I got Vader out of the deal...win - win situation for the two of us.

So, we got home and prepared to put our new purchases together. You need something going on while you put your Legos together, and in our case what better than Star Wars episodes IV, V, and VI.

So, all in all, what a day. Legos, Star Wars, and very little else. We may have to look into more fun on April 10th next year.

Planning to See The Mouse: Resources

It's not a big secret amongst those that know me that I am pretty  much addicted to heading to central Florida to visit Walt Disney World. We enjoy every trip there...and no we don't wait in long lines or spend tens of thousands of dollars every time we're there. 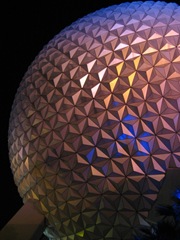 So, like any good undertaking where you're dropping a few hundred dollars, a little planning is in order. For Disney, that could mean a fair amount of planning if you're making your first trip down.

"But I hate planning! I want to go with the flow! Enjoy myself! Plan...pffft."

If you have never been to the Walt Disney World Resort, and that is your stance then I can promise you a few things: You will be in line a lot, not sitting down at table service restaurants for dinner, sun burned, burned out, and likely vowing never to return because it was a huge waste of time and money.

So, lets get our planning under way with some resources to help make things easier rather than miserable.

First, in print form I'd head straight for The Unofficial Guide to Walt Disney World. Yes, this book is a little daunting at over 850 pages, but it has everything you need to know about Disney World. (And, it serves as a nice doorstop when your trip is over.) They are most notable for the touring plans they provide in the book, but the book has information on all the on-site hotels, many off-site hotels, bus times, attraction ratings and reviews, restaurant reviews, and much more.

Lastly, a few podcasts that are worth adding to the line up.

That's enough reading and listening to keep you occupied for a while. I'll have some more planning posts in the future, because if I'm not at Disney I'm at least planning to be there.

Our most recent trip to Disney World had us stay at the Animal Kingdom Lodge Villas. We stayed in Jambo House, in a value studio and had a great view of the pool. No savannah view, but we didn't anticipate getting one, and that was fine.

The room didn't differ too much from any other DVC studio we've stayed in over the past few years. We did think it was a bit dark in areas, and could have used a bit more lighting. There was a big upside to having a wide screen LCD in the room, much better than the 19" TV we get in the Boardwalk studios. The pullout sofa was a bit more firm than the other studios we've stayed in, but the boys didn't seem to mind.

We really enjoyed Mara, the quick service restaurant on the first floor. They had a pretty good selection, and some of it was food from Boma rather than the standard burgers, pizza, chicken nuggets...though those were available, too. But, having Boma's awesome hummus as a snack and zebra domes for dessert was a nice change from the other quick service places.

There were a couple of things we didn't find to our liking.

One minor one was that the bell service and valet didn't seem quite as attentive as we've had in the past. There was a mix up with our keys when we were heading out to Epcot one day, and they thought the truck was there and it wasn't. Then it took another 10 minutes or so to get it brought around...this was after the 5 minute head start we gave them by calling down first.

However the big downer to this resort we thought was its distance to everything. It is right next to the Animal Kingdom, but we didn't go there on this short stay. So, it was all to the other three parks for us, and the bus ride from the Lodge to the Magic Kingdom was every bit of 20 minutes. The drive to Epcot and the Studios wasn't bad, but it's further than any of the value resorts to either of those parks, as well. Now, we knew we'd have longer travel times, but I don't think we knew we'd notice them this much.

If you're going to do a vacation where you hang out at the resort more than you go to the parks, then this is a great place. The theming and layout can't be beat. However, if you're going to be hitting one or two parks a day with a quick dip in the pool back at the resort, then you may want to pick a resort a little closer to the action.

All the Other Stuff

I've had a mish-mash of blogs going around for a while, and I think I've finally got things squared away under timwingfield.com. With blog.timwingfield.com being devoted to the professional side of things, I've wanted to add a "life" blog for all the stuff that goes on outside of software craftsmanship. After all, there's a lot more to life than work.

So, here I can get back to writing about our travels, the stuff my kids do, and a run down of recent beers I've had. There are all kinds of things I run up against that I'd like to blog about, but no longer fit the theme of the tech blog. Off the top, the plethora of Disney info swimming around in my head.

So, here we go again, another blog. Well, technically an old blog...I just wiped out one I had on blogger before, renamed it, set up Live Writer, and away we go.